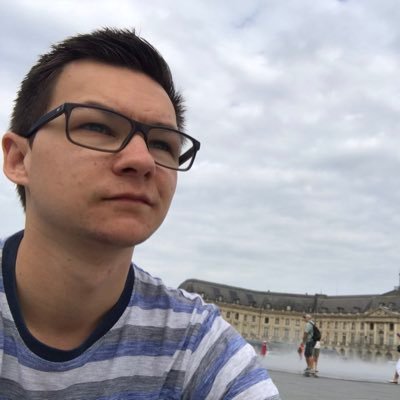 I like data science, data vis, and computing, as well as wine, gardening, food, and music. 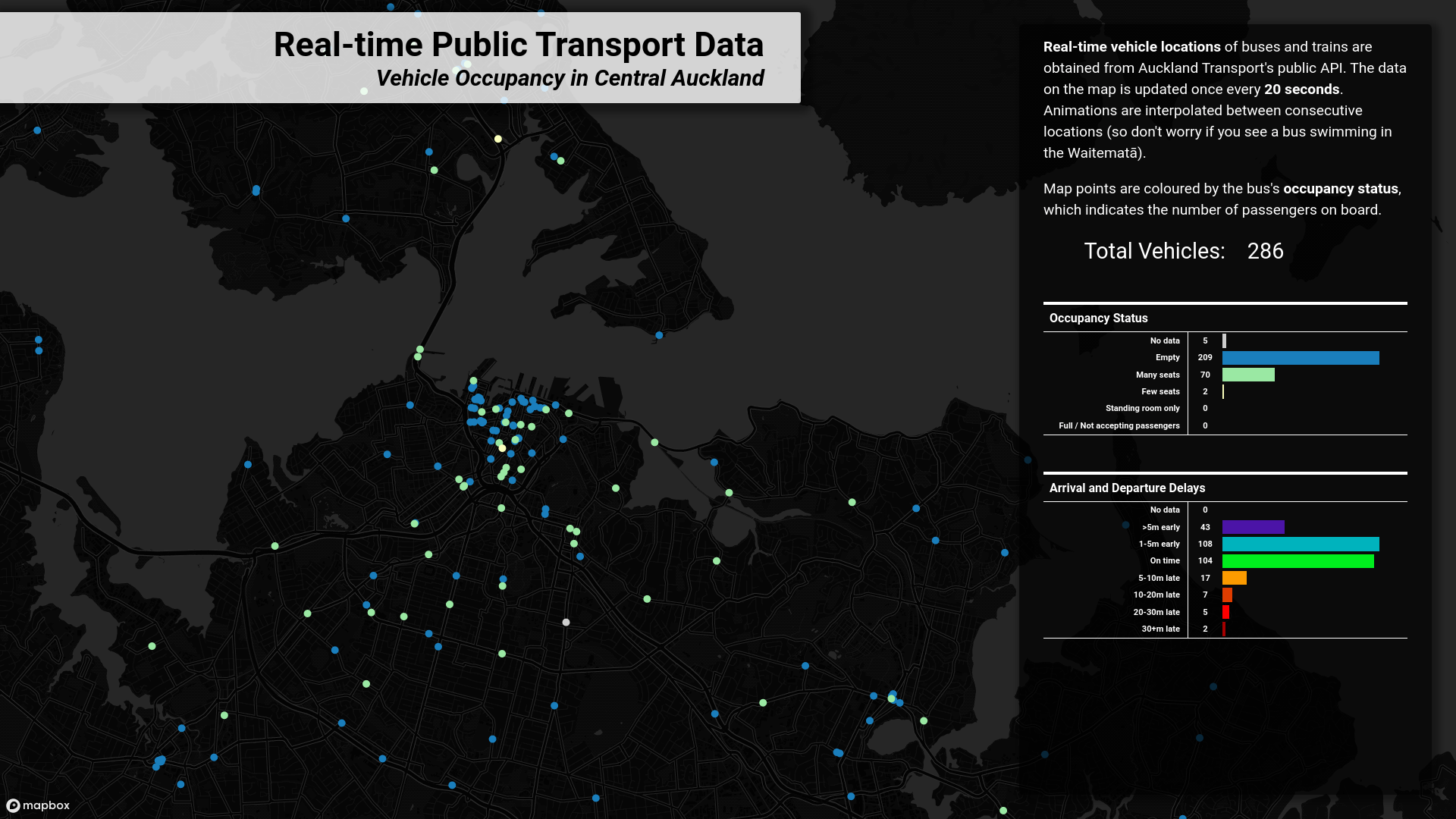 Recently I’ve been learning React, a javascript framework for building responsive user interfaces (the long game is iNZight-built-with-React, but that’s a long way off). The best way of learning something is by mini-projects, so recently that’s what I’ve been doing! So, when it was pointed out to me last week that my bus display in the University of Auckland’s Science Buildling is broken—turns out it has been since January!—I thought “Ooh, another mini-react-project!”.

The previous build of the display used an old version of Mapbox and drew the points with that directly. Everything else was javascript and Sass (big thanks to @consindo for making it pretty). But the other huge huge problem with that build was that the system was overly complicated (as I was both learning several technologies, trying to deploy as quickly as possible, and to get around access control issues within the UoA network). That process was something like this:

At some point, the office desktop stopped sending new data to the dropbox, so the VM is no longer processing new updates, thus the app has been displaying the same data for about 4 months.

Simply, react lets you write an interface with small component pieces, and data (!!) is passed from parent to child. When the child recieves new data, it re-renders to display the new data. React is used (and was developed) by Facebook, and seems to work pretty well. It’s fairly easy to learn, and there are loads of tutorials on the internet (particularly Youtube) with follow-along project builds. Essentially you can think of it as a “data-driven interface” (where usually the data is comments, posts, likes, etc, but could be, for example, bus locations or a table of counts).

Using React, I fetch the latest public transport data from Auckland every 20 seconds and process the data by filtering out feries, vehicles more than 5 minutes old, vehicles without positions, etc. This is mapped into a nice array which can be passed around the application.

Mapbox is a javascript library for displaying maps. Simple. It has some pretty cool features, and while integration with React wasn’t super straightfoward, there are tutorials out there and it was easy enough. So, I created a component (I’m not going into details here) and passed the vehicle location data to it. It looks something like this:

The VehicleMap component uses Mapbox to create a full-screen map of Auckland, zoomed in on the central city, and styles it nicely. Then we need to draw the points …

D3 (Data-Driven Documents) is another javascript library for writing reactive web documents, particularly graphs. You can design a graph with points/bars/whatever-you-like, and map it to some data. The exciting part comes when you change the data (which is what is happening here): D3 lets you specify how the visualisation should change—in my case transitioning points from their old location to a new one—and in the background, magic happens.

The D3 “scatter plot” of bus locations uses functions from Mapbox to create a container overlaying the map, and a projection function to project points from longitude-latitude to x-y coordinates. Within the VehicleMap component, I use React’s useEffect() method to handle changes to the vehicles data object. When that happens, the points are projected into x-y coordinates and the D3 circle elements are updated with the new data—new vehicles fade in, old vehicles fade away, and all the rest transition (linearly) from the previous position to the new one. This creates an effect of actual real-time bus positions (except when they drive off the Harbour Bridge into the sea).

On the right hand panel, there are a couple of bar graphs. These just use React all by itself. When new vehicle data is obtained, I cycle through and create two table arrays: occupancy and delays. These are then passed to bar graph components. The app now looks a little like this:

These are two calls to the same component: Bargraph. This component does some cool stuff using styled-components and CSS positioning etc, but essentially this is how it looks inside:

There’s a lot happening here, but essentially what it’s doing is iterating over the data (which is an array of counts with labels and a colour) and for each is creating a row containing the label, count, and the graphical bar element (R users, think of x.map(d => (...)) as lapply(x, function(d) ...)). The element is a magical styled component and uses some pseudo-magic to get the bar size correct:

So, the data is passed and the bar is resized accordingly. This could be used for any array of data, and with CSS transitions can animate nicely between states (in the bus-app case, usually the changes are minor so you can’t see the bars moving).

And that’s is: a fully self-container bus display using React, Mapbox, and D3! If you want to check it out, head to the display cabinets in the ground floor of the Science Center, Building 303, University of Auckland.

Or you could just head to https://tomelliott.co.nz/bus-display (note: not mobile friendly — it’s designed for a monitor).